As a three-time Indy 500 winner, Castroneves returns to Indianapolis Motor Speedway in 2018 in search of a record-tying fourth win of the Greatest Spectacle in Racing: The Indy 500. A fourth Indy 500 win would make Castroneves the fourth driver of all time to tackle this feat and the first one to do so this century.

Team Penske IndyCar drivers use the same high-performance motor oil on the track that you can purchase at the store and use in your vehicle, Pennzoil Ultra Platinum™ with PurePlus® Technology.

Helio Makes the Switch to IMSA

In the fall of 2017, Team Penske announced Castroneves would join the new Acura Team Penske program that begins racing in the 2018 IMSA WeatherTech SportsCar Championship.

For the 2018 season, recently crowned IMSA Prototype Champion, Ricky Taylor, teams up with Castroneves for one of Team Penske’s two full-time entries in the IMSA WeatherTech Sports Car Championship. Castroneves and Taylor join the pairing of Juan Pablo Montoya and Dane Cameron, and the teams make their competition debut at IMSA’s 2018 season-opening Rolex 24 race at Daytona with the new Acura prototype sports cars. 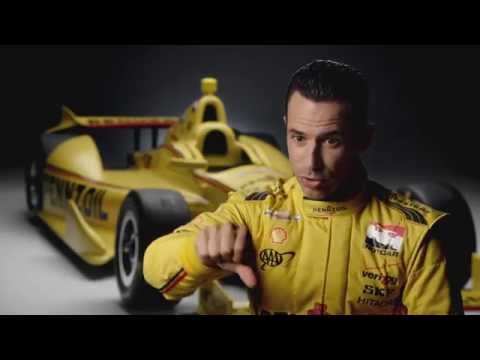